With respect to my other question here, I have attached an egg box over the exhaust fan on my PC that was making a noise. The image does not show it clearly, but there is a ~1.5" clearance between the PSU exhaust and the egg box as per my annotation. I can feel the air coming from the top of the egg box, and from the small hole in the box (indicated), showing that there is still "exhaust" coming out. 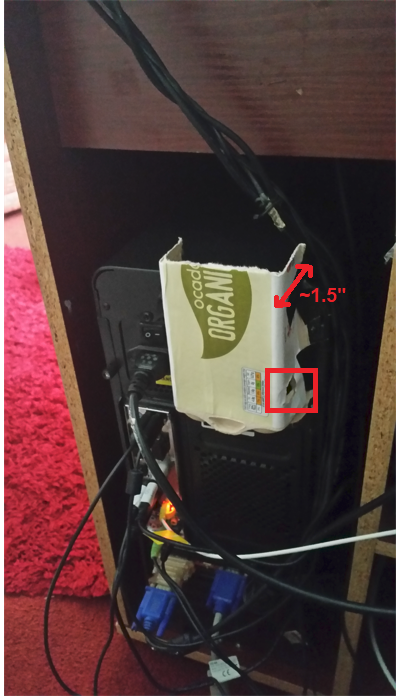 Is this method of redirecting the air safe so that it will prevent overheating?

Update: this question is different to that linked above, because this question does not completely block the PSU exhaust, it - for want of a better phrase - shields it but still allows air flow.

Update bios for Lenovo with AMD Ryzen 5 3500u laptop

Can I set up my own DNS server on a Windows 10 machine?

Where should I place all the configurations for my web site on Apache?

No path found from the leaf certificate to any root