I've built the following circuit on a breadboard (for the purpose of experimentation) and measured the voltages: 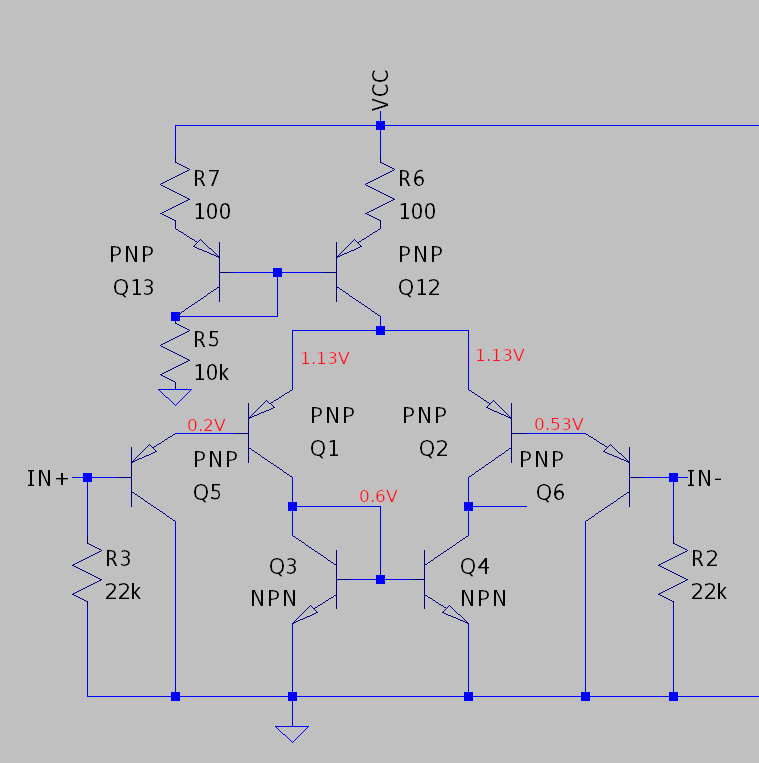 As you can see it's a differential pair (using 2N3904 and 2N3906) loaded with a current mirror for differential to single-ended conversion. The input uses Q5 and Q6 to raise Q1 and Q2 base voltages so that they're turned on even when the IN+ and IN- are grounded. LTSpice simulation seems to confirm the circuit works, but on a breadboard Q5 is saturated.

I tried the following things to try to fix the circuit:

I was hoping that it would work, even considering the obvious parameter mismatch between discrete transistors. Any ideas what am I missing?

Audio amplifier : how to combine stereo output to mono input

What is scope of variables in Verilog modules?

If gate to source is breakdown of P-Channel MOSFET, Will gate to drain be also breakdown?